Lithuania has joined Estonia and the UK as the third EU state to pass a law against human rights abuses in Russia in the name of Sergei Magnitsky.

MPs passed the Magnitsky Act by 91 votes to zero in Vilnius on Thursday (16 November), eight years after Magnitsky, a lawyer, died in jail in Russia after exposing fraud by Russian officials.

The law enables Lithuania’s interior minister to ban entry to people if there is serious ground for belief they were guilty of human rights abuses or corruption.

It enters into force in January, with a list of some 30 Russians involved in the Magnitsky affair ready to hand either from the US or Canada, which have already banned them, or from the European Parliament, which has called for their EU-wide ban.

“We have been in touch with the Lithuanian authorities about specific names of the perpetrators of the crimes against Sergei Magnitsky in parallel with the progression of the law through parliament and hope they will swiftly sanction those people as the Canadians did,” Bill Browder, Magnitsky’s former employer, told EUobserver.

Lithuania’s vote comes after the UK passed a Magnitsky law enabling it to seize assets of human rights abusers in February.

Estonia passed a Magnitsky law on travel bans last May.

Further afield, Canada passed its law in October, while the US passed one back in 2012.

Browder used to be a hedge fund manager in Russia, but became a human rights campaigner after Magnitsky’s death.

Neither the UK nor Estonia have blacklisted anybody so far despite having the legislation in place, but Browder said “we are pushing the British government for the first application of the law as soon as possible”.

The Estonian EU presidency has also declined to hold talks on EU-level action despite a recent appeal by MEPs to reopen the file, but Browder said that he would not be easily discouraged.

“Our campaign has serious momentum and other countries in the EU will follow in the near future,” he said.

Speaking in the Lithuanian parliament on Thursday, Emanuelis Zingeris, a conservative MP, said: “This is a key law showing our respect for human rights, first of all in Russia, because reference is made to a person who tried to protect Russia by preventing stealing from its budget and its citizens”.

Mantas Adomenas, another conservative MP, said the “democratic part of Russian society” had been “waiting for this message of freedom”.

They laundered most of the money in EU banks then spent it on luxury real estate, art, and yachts. They also gave some of it to the inner circle of Russian leader Vladimir Putin.

The EU imposed economic sanctions and blacklists on Russia over its invasion of Ukraine.

It has also cried foul on Russia’s attempts to interfere in the Brexit vote and in French and German elections.

Russia imposed counter-sanctions and has launched a lobbying campaign in the EU and US to repeal or prevent Magnitsky Acts.

Browder noted that some of the people involved in anti-Magnitsky lobbying, such as Russian lawyer Natalia Veselnitskaya, were also involved in election interference in the US last year.

He said that following the trail of illicit Russian money in the EU would probably unearth more such connections.

“There has been a lot of money spent by the Russians on countering Magnitsky sanctions around the world and many of those same people have been involved in political manipulation,” he said.

“As time goes on I expect more revelations from the money laundering investigations we are conducting,” he said. 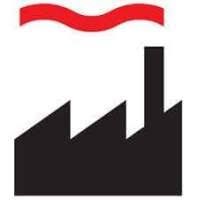