above-tragic Eight-year-old Obaida was killed in May, 2016

A man has been executed for the rape and murder of an eight-year-old child in a crime that caused shock and anger across the country.

Nedal Issa Abdullah, 50, had his sentence carried out at 8am on Thursday. The death sentence in the UAE is carried out by firing squad.

Abdullah, a Jordanian, in February lost his final appeal in Dubai’s Cassation Court for the sexual assault and murder of Obaida Al Aqrabawi.

Lawyer speaks of his duty to defend

Obaida was kidnapped by Abdullah on May 20, 2016 while playing outside his father’s garage in Sharjah’s industrial area. His body was found two days later on Academic City Road in Al Warqa.

Present at the execution, which took place in the Al Raweya area, was Essam Al Humaidan, the Attorney General of Dubai and Brigadier Khalil Al Mansouri, the head of CID at Dubai Police, which investigated the crime, along with a mufti, a doctor, paramedics and a number of armed officers.

Speaking to The National, Mr Al Aqrabawi said Abdullah asked for forgiveness in the moments before his death.

He said the attorney general asked the killer if he had any final requests, and that Abdullah responded that he wanted to speak to the father.

“I told Mr Al Humaidan that I didn’t want to talk to him and that I would never forgive him,” Obaida’s father said.

He was informed of the planned execution earlier this week but said he could not bring himself to tell his wife, Zaineb Sharif, who is pregnant.

Mr Al Aqrabawi said three bullets struck Abdullah in the chest but failed to kill him. He was further shot once in the head, after which the doctor declared him dead.

“I witnessed the execution with two of my brothers who came from Jordan, and stayed until I made sure that he was dead,” he said.

“The fire inside our chests is now cooler. We were comforted by many high ranking officials who confirmed to us that justice would be served and today it most certainly was.”

In a statement, Dubai Government Media Office said the sentence had been carried out “in accordance with the decision of the criminal court and the completion of all stages of litigation” of the case.

A prison official confirmed that the attorney general legalised the process in person.

He also said that some members of the firing squad have dummy rounds, known as the “conscience round”, which promotes the diffusion of responsibility among those involved.

“The attorney general read the verdict out loud… then gave the order to shoot,” he said.

“Usually the firing squad members don’t know who has live bullets and who does not. The first salvo didn’t kill him, so he was then shot in the head.” 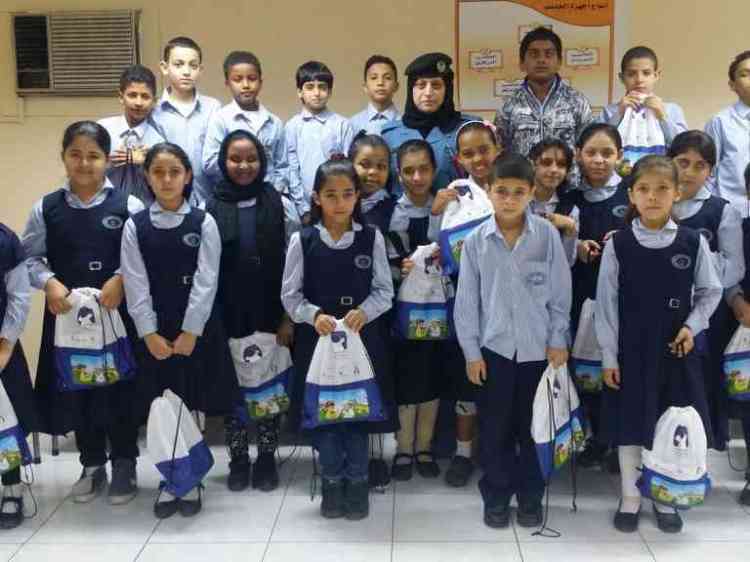 Abdullah was known to the family and arrested in the days that followed.

During the trial, Abdullah admitted to drinking excessive amounts of alcohol on the day he strangled Obaida, but he denied sexual assault and kidnapping, saying the boy went willingly into his car.

The court heard an emotional account from his father, who knew the killer as an acquaintance. He said he would spend time hanging around the father’s car business.

Mr Al Aqrabawi told judges that a week before his son went missing, Abdullah asked him if he could take Obaida with his own nephews and nieces to the beach.

“I refused because I didn’t know him that well,” said Mr Al Aqrabawi.

He said that on the day his son went missing, he saw Obaida in the defendant’s car holding a smartphone and watching a cartoon, so he asked him to get out.

Mr Al Aqrabawi saw Obaida in the car again about 5pm and asked him to go home.

Hours later, when the father returned about 9pm, his wife told him their son had not come home.

“We started looking everywhere and we went to his [the defendant’s] apartment. He refused to open the door so I threatened to call the police. Then he opened up,” said Mr Al Aqrabawi.

“We searched the apartment and there was a strange woman who he said was his girlfriend.”

“He looked as if he was sleeping,” the worker said.

During the appeals stage, Abdullah’s defence lawyer requested a psychological evaluation for his client, which was later presented to the court.

The report found that he suffered from antisocial personality disorder and alcohol dependency “but it does not affect his perception nor does it hinder his ability to distinguish right from wrong. He is fully aware and responsible for his actions”.

The Al Aqrabawis want to put this terrible episode of their lives behind them, while at the same time cherishing the memory of Obaida, described as smart, active and a “little man” loved by his teachers.

“We know that he is in a better place and now we know his soul is at rest, so is mine and his mother’s” said Mr Al Aqrabawi.

His mother will give birth to another child in a few months’ time, and she hopes it will be a son.

“He will not replace Obaida, but he will be as precious,” she said.

One thought on “Man who lured,raped and murdered eight-year-old Obaida gets firing squad down in Dubai”