Patriotism abounds today in England, I myself sitting for once in an England shirt too.

England flags are appearing thick and fast, from bedrooms, on cars, on trucks, flying from trees, in pubs and naturally on hotels!

The nation obviously hopes to win, as does Sweden!

Gareth Southgate has named an unchanged starting XI for the crunch World Cup quarter-final with Sweden.

The Three Lions take on the Swedes in Samara for a spot in Wednesday night’s semi-final against either hosts Russia or Croatia.

England had doubts over Ashley Young and Jamie Vardy ahead of the game, with the Leicester City striker unable to play a full part in Friday’s training session.

Young starts having overcome his problem.

Vardy sustained a groin strain during the last-16 penalty shootout victory over Colombia on Tuesday, a problem that required an injection, and he was only able to join in with the warm-up for Friday morning’s training session in Zelenogorsk.

He takes his place on the bench – although it remains to be seen what level of involvement he actually plays.

The Nation scarcely sees such patriotism (I kind that even I can bear) its almost up to the hysteria of the Falklands (the highest point) or a game between England v Germany, but this is no ordinary Ikea opponent, rather they saw off Italy and Holland (so not to be underestimated), for sure they will play defensively. 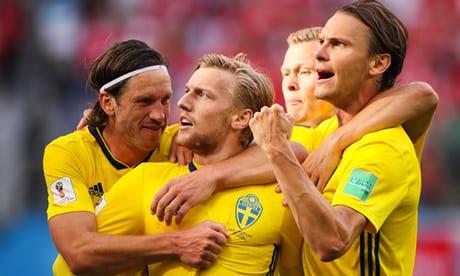