Two US destroyers, the USS Mustin and the USS Benfold, have passed through the narrow waterway separating mainland China from Taiwan. The maneuvers come as an unravelling trade spat ramps up tension between Washington and Beijing.

The US warships entered the Taiwan Strait on Saturday and were still in the waterway as of Saturday night, Taiwan’s defense ministry reported.

Taiwan, which has grown closer to the US under the Trump administration, said that its military “is monitoring the situation in neighbouring areas, and has the confidence and abilities to maintain regional stability and defend national security.” 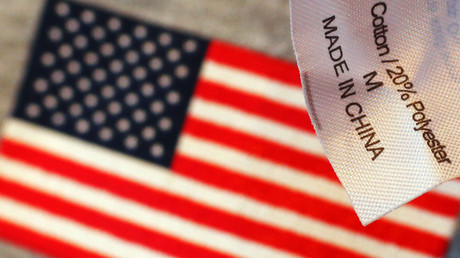 Trump threatens China with more than $500bn in US trade tariffs

The US downplayed the symbolic value of the passage, the first since the USS John McCain sailed through the strait in July 2017, insisting that US warships were conducting an ordinary freedom of navigation mission.

“US Navy ships transit between the South China Sea and East China Sea via the Taiwan Strait and have done so for many years,”Captain Charlie Brown said, as cited by AFP.

China has yet to react to what is seen as a rather provocative maneuver coming at a time of increasing rivalry in US-China relations.

US President Donald Trump began challenging the cornerstone of US-Sino relations – Beijing’s One China policy – early on in his term. In late 2016, then-president-elect Trump drew ire from China after he held a call with Taiwan President Tsai Ing-wen, making it the first direct communication between US and Taiwanese leaders since 1979. While it was reported at the time that the breakaway with the decades-old US take on Taiwan was accidental, further developments have shown that Washington has been courting the island deliberately. In March of this year, Trump signed the Taiwan Travel Act, paving the way for reciprocal visits between US and Taiwanese officials. 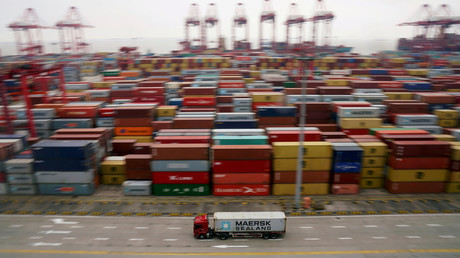 In April, it was reported that the US State Department greenlighted sales of technology to Taiwan, needed to build submarines, defying China’s vocal protests.

In June, Taiwan’s defense minister announced that it was considering buying American M1A2 Abrams tanks, which would beef up its line of coastal defense, aimed at deterring China’s potential attempts to reassert its sovereignty over the island.

Although the US does not have official diplomatic relations with Taiwan, it has recently unveiled a flashy new complex as the headquarters of the US-funded American Institute in Taiwan (AIT), viewed as the de-facto US Embassy on the island.

The recurrent nods to Taipei have infuriated Beijing, which views it as a part of its territory.

The deepening rift over Taiwan has been aggravated by the ongoing trade war, which came into full force on Saturday as the US introduced a 25 percent trade tariffs on $34 billion worth of Chinese goods. China retaliated with a tit-for-tat response. Levies on another $16 billion worth of goods are expected to kick in within next two weeks. On Friday, Trump threatened to slap China with additional tariffs on $500 billion in Chinese imports.

While the trip of the USS Mustin and the USS Benfold to China’s shores was not announced in advance, Reuters reported in June that US officials were mulling sending a military vessel to the Taiwan Strait. Slamming the plans, Chinese Foreign Ministry spokeswoman Hua Chunying at the time urged the US to avoid escalating the situation, calling the Taiwan issue “the most important and sensitive” in the bilateral relations.