An enraged Vladimir Putin has given a personal dressing-down to the head of Russia’s military intelligence service, it was claimed today, as the unmasking of the second Salisbury Novichok  poisoner exposed Moscow’s “deep incompetence”.

Colonel-General Igor Korobov, 62, chief of the GRU, emerged shaken and in sudden “ill health” after his confrontation with the president, said reports in Russia.

Separately, a secret meeting at the Russian defence ministry — responsible for the GRU — heard angry accusations over the “morons” behind spy operations in Britain, the Netherlands and the US. Those in charge of the blunders were denounced for their “deep incompetence” and “infinite carelessness”. They were taunted: “Why didn’t you just wear Budenovka hats?”

These hats, emblazoned with the red star, were part of the Communist military uniform soon after the Russian Revolution.

The claims about Mr Putin’s fury came as the true identity of the second Salisbury attacker was revealed, as Russian military doctor Alexander Mishkin. Investigations website Bellingcat said Mishkin, who worked for the GRU (??), was the man who entered Britain using the alias Alexander Petrov. It used facial recognition technology and other research to uncover his identity.

The revelations about the angry response within the Kremlin were made by Russian investigative journalist Sergey Kanev of The Insider, which has worked with UK-based Bellingcat. He has been close to recent stories on the identities of the GRU agents sent to Britain and Holland.

He is known to have excellent secret services contacts and has fled into exile amid fears he faces arrest in Russia.

Kanev said stories circulating among GRU officers say Col-Gen Korobov went straight home to his high-security dacha complex after the meeting with Mr Putin.  A clean-out in the military spy agency is expected after the disastrous operations, with Col-Gen Korobov facing the axe, it was claimed.

Mishkin, 39, graduated from one of Russia’s elite military medical academies, where he was recruited by the GRU, according to Bellingcat blog site. By 2010, he had relocated to Moscow, and received his undercover identity, including a second national ID and passport under the alias Alexander Petrov. His identity, which British security sources are not disputing, was uncovered by Bellingcat after it unearthed a 2001 passport of Mishkin carrying the same date of birth as that used by the second Salisbury poisoner.

Facial recognition technology also  matched the image on Mishkin’s passport with that on Petrov’s document.

The unmasking of Mishkin, who is understood is to have travelled extensively using the Petrov alias, will be viewed by the UK Government as further confirmation of Russia’s responsibility for the Novichok poisoning of Sergei Skripal and his daughter Yulia in Salisbury on March 4.

Both were left critically ill after the nerve agent was smeared on the door of Mr Skripal’s Salisbury home, after being carried into Britain by Mishkin and his accomplice, Colonel Anatoliy Chepiga, in a perfume bottle. Dawn Sturgess, 44, who was later exposed to the same nerve agent, died in July. Her partner Charlie Rowley was left seriously ill. 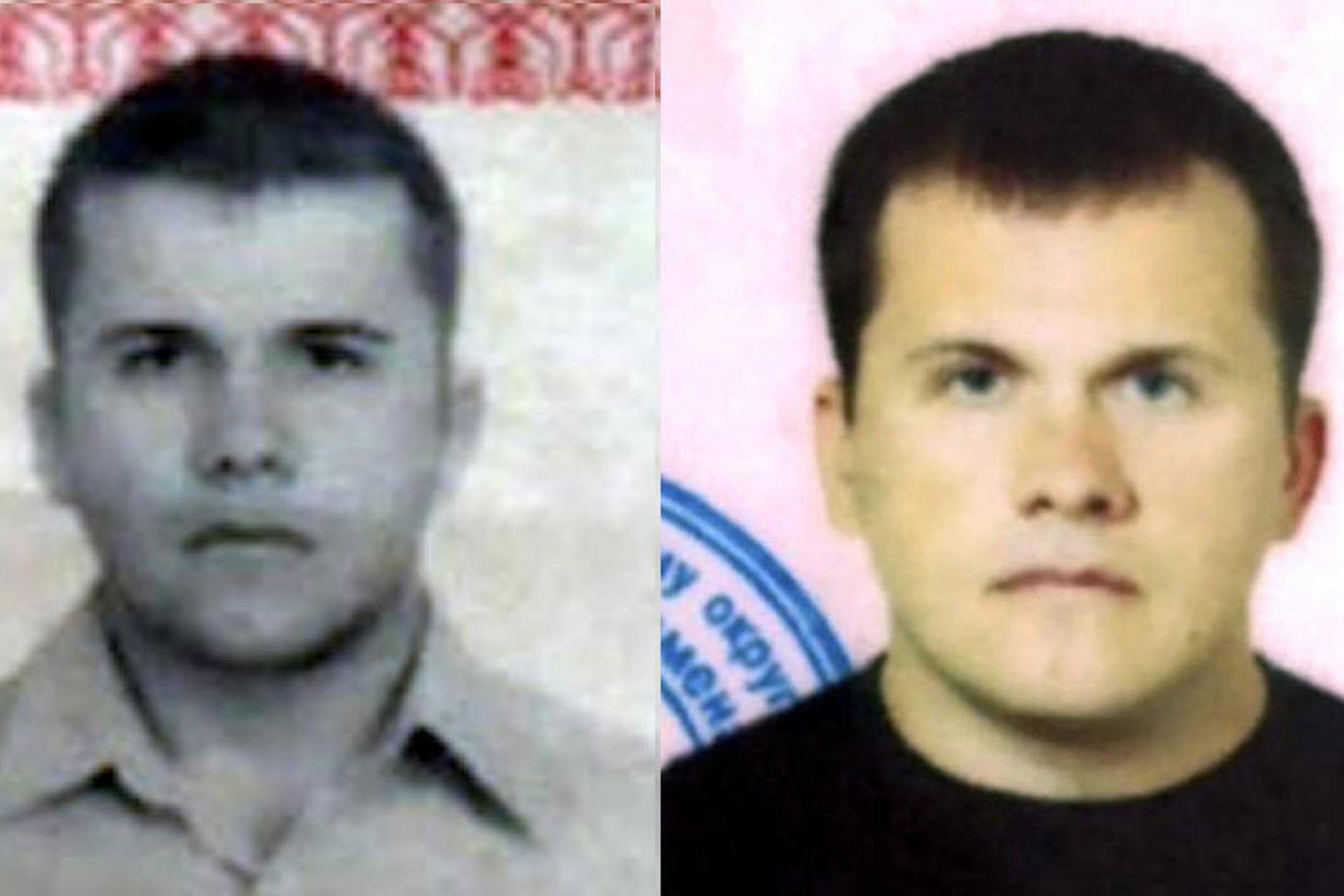 Bellingcat has already identified Col Chepiga — a highly decorated officer who also worked for the GRU — as the second attacker. He entered Britain on a genuine Russian passport in the name of Ruslan Boshirov.

A spokesman for the Home Office said: “We are not commenting as this is still a police investigation.”

Russian spies faced ridicule last week after the Netherlands said it had caught four GRU agents in The Hague in April trying to hack the wi-fi of the Organisation for the Prohibition of Chemical Weapons, which was investigating the attack on Mr Skripal. The suspected agents, who were said to have left a trail of clues behind them, were stopped and sent back to  Russia.

The Russian president denies that the men caught on CCTV were military agents and says there is “nothing criminal about it”.

The Russian president said his country’s officials know the real identities of the suspects and insisted they were civilians rather than military intelligence officers.

‘We have found them. There is nothing special or criminal about it, I can assure you,’ says president.

At a meeting on Saturday at the Russian Defence Ministry the “morons” behind the botched spy operations – details of which have publicly emerged – were blasted by Putin.

In recent weeks, the true identities of two GRU thugs who carried out a failed assassination attempt on a former Moscow spy in Salisbury, Wiltshire, in March have been confirmed by investigative journalists.

Some in the West believe Russia has been ‘framed’

Last Thursday, officials also revealed that four Russian spies were booted out of Holland in April for trying to hack a lab which was testing the nerve agent Novichok used in the attack.

Those in charge of the catastrophic blunders were denounced for their “deep incompetence” and “infinite carelessness” during Saturday’s meeting in Moscow.