Suspects in disappearance of Khashoggi linked to Saudi security services

Three days before Saudi Crown Prince Mohammed bin Salman arrived in the United States earlier this year for a nationwide tour, another Saudi traveler who identifies online as a member of the Saudi Royal Guard also arrived in Washington, passport records show. His stay overlapped with that of the prince.

Two times before that, this traveler had made other trips to the United States that coincided with visits by top members of the Saudi royal family, including King Salman and another one of his sons.

That same traveler, Khalid Aedh Alotaibi, has now appeared on a list provided by Turkish officials of 15 Saudis who Turkey alleges participated in the disappearance and alleged killing of prominent journalist Jamal Khashoggi inside the Saudi Consulate on Oct. 2. On Tuesday, Turkish officials provided passport scans for seven members of what they called a hit squad, and that information helped confirm Alotaibi’s travels to Washington.

Alotaibi is one of 11 Saudis included on the list who have ties to the Saudi security services, according to their posts on social media, emails, local media reports and other material reviewed by The Washington Post.

Two weeks after the disappearance of Khashoggi, a contributor to The Washington Post’s Global Opinions section and critic of the Saudi government, there is mounting scrutiny of the 15 men identified by Turkey as members of the Saudi team involved in his death. Turkey released the list as a way to demonstrate Saudi involvement in the killing.

According to the Turkish account and flight information, the 15 men arrived in Istanbul on Oct. 2 — most of them early in the morning — and then departed in the hours after Khashoggi’s disappearance. Turkish police stand in front of Saudi Arabia’s Consul-General’s residence Tuesday while waiting for investigators to arrive amid a growing international backlash to the disappearance of journalist Jamal Khashoggi.

Saudi officials have repeatedly denied any involvement in Khashoggi’s disappearance and say they have no information about his whereabouts. They say he left the consulate shortly after he arrived to obtain a document he needed for an upcoming marriage.

Saudi Arabia has made no official statement about the men or said why they may have been in Istanbul on Oct. 2. A report on the Saudi-owned al-Arabiya news channel said the 15 were “tourists” who had been falsely accused.

U.S. officials now expect the Saudi government to accept responsibility for the death of Khashoggi in an explanation that shields the powerful crown prince from fault, said a diplomat familiar with the situation. The diplomat spoke on the condition of anonymity to discuss the sensitive matter.

With President Trump suggesting that Khashoggi might have died at the hands of “rogue killers,” attention has increasingly focused on the identities of the men on the list and their reported links to the Saudi government, security services and the crown prince himself.

Alotaibi and eight others identified as suspects by Turkish officials appear to have profiles on MenoM3ay — a phone directory app popular in the Arab world — identifying themselves as members of the Saudi security forces, with some claiming to be members of the Royal Guard.

Two weeks after the disappearance of Jamal Khashoggi, a contributor to The Washington Post’s Global Opinions section and critic of the Saudi government, there is mounting scrutiny of the 15 men identified by Turkey as members of the Saudi team involved in his death.

In one instance, Alotaibi identified himself with a symbol for the Royal Guard. In another, someone else saved him in their contacts with the same symbol for the security force, which is charged with protecting the royal family.

Repeated attempts to contact Alotaibi using the phone number listed in the app were unsuccessful.

Five of the eight others are repeatedly identified in the app as either officers in the Royal Guard or employees of the royal palace.

Two of the Saudis on the list, Naif Hassan S. Alarifi and Saif Saad Q. Alqahtani, are repeatedly identified in the app as even closer to the royal family — specifically as employees of the “Crown Prince office.”

The Post could not independently confirm that either man works for the crown prince. Phone calls placed to the numbers in the app over several days were not answered or showed that the phones were turned off. The Saudi Embassy in Washington has not responded to repeated requests for comment on the 15 men since last week.

Four men with those same names, however, self-identify in Facebook and other social media posts or have been quoted in Saudi news articles as members of the country’s security forces.

Another one of the suspects who appears to identify himself on the app as a member of the Saudi security forces is Maher Abdulaziz Mutreb. A decade ago, Mutreb was listed as the first secretary at the Saudi Embassy in London, according to a British list of diplomats.

Mutreb’s name also appears in hacked emails released three years ago by WikiLeaks. In an email sent to officials at an Italian security firm in 2011, a Saudi official identified Mutreb as among embassy staff who would receive advanced security training.

The New York Times reported late Tuesday that Mutreb had frequently accompanied and been photographed in proximity to Crown Prince Mohammed bin Salman on official trips to Madrid, Paris, Houston, Boston and the United Nations.

In the article, the Times reported that it had found evidence that at least nine of the 15 Saudis on the list provided by Turkey worked for the Saudi military, security services or other government branches.

Another man identified by Turkish officials is Muhammed Saad Alzahrani, who is also identified on the app as a member of the Royal Guard. A video showing a man wearing a black security uniform bearing the same name was posted on YouTube last year guarding the crown prince as he greeted visitors.

The guard in the video closely resembles the picture of Zahrani in a passport image provided to The Post on Tuesday.

Reached by phone Tuesday on a number listed in MenoM3ay, Zahrani denied being in Turkey and declined to say if he works for the crown prince, saying what he does for a living “is personal information.” When told that The Post had been provided a copy of what purported to be his passport from Turkish officials, which includes patriarchal names, Zahrani asked if a reporter knew his mother’s name. The reporter said he did not, and Zahrani hung up.

Among the most prominent names on the Saudi team list is Salah Muhammed al-Tubaigy, a forensic expert known for pioneering rapid and mobile autopsies, who flew into Istanbul shortly after Khashoggi entered the Saudi Consulate and flew out nine hours later, Turkish officials say.

Tubaigy, 47, is a top professor in the criminal evidence department at Naif Arab University for Security Sciences. He presides over master thesis classes on identifying bones through DNA analysis and how the use of formaldehyde limits genetic tissue analysis.

But Tubaigy is also close to Saudi security operations, teaching and providing expert opinions on evidence collection and investigation. In 2014, he persuaded Saudi officials to let him help design and purchase a $2.5 million tractor-trailer-size autopsy lab to accompany Muslims on the hajj to Mecca.

In an interview with Asharq al-Awsat, a London-based Arabic news organization, he touted the truck as a first-of-its-kind in the world. The mobile autopsy operation, he said, could provide preliminary analysis on some diseases in seven minutes and “provide the dissection service to the security authorities in a record time.”

Tubaigy has not responded to email and phone messages left at three numbers associated with the profile he had set up on an Arabic subscription phone app. 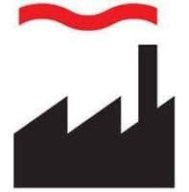