Six people were injured after a Boeing 757 with more than 120 people on board crash-landed at Guyana’s Georgetown airport, officials said. The aircraft was en route to Canada.

Less than 20 minutes after takeoff, the Toronto-bound jet had to change course and return to the departure airport due to mid-air malfunction. The crew noticed a problem with the hydraulic system and was forced to turn the aircraft back to Cheddi Jagan Airport. 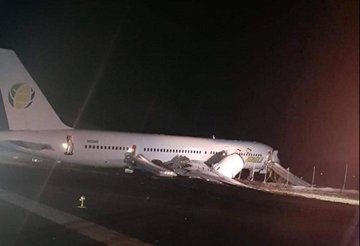 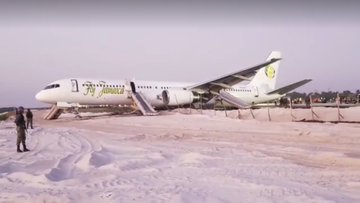 Fly Jamaica #OJ256 to Toronto returned to Georgetown, Guyana shortly after departure with a mechanical issue and went off the end of the runway after landing. Local media report 120 people on board; some hurt.

However, the emergency landing resulted in a crash, as the Boeing 757 overran the runway and hit a barrier. The incident led to the brief closure of the airport, but it has now been reopened, according to local media.

Dramatic photos have been circulating on social media showing the crash site. One of the aircraft’s turbines is seen badly damaged after it apparently slammed into a fence.

The aircraft is 19 years old,