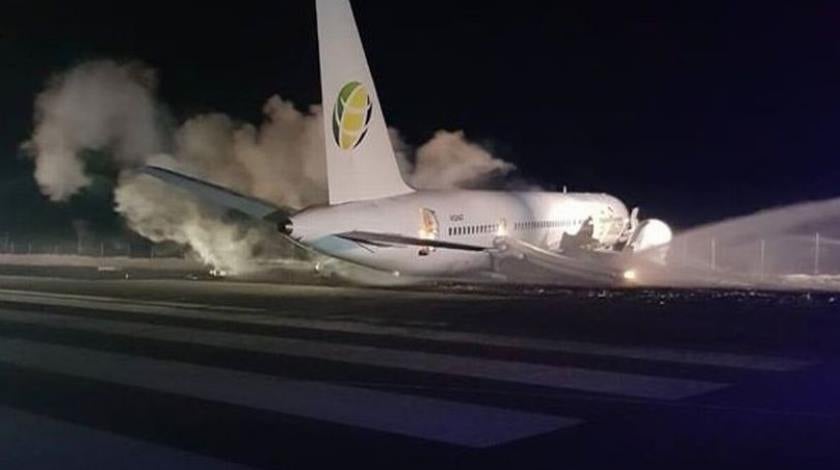 Fly Jamaica Boeing 757, performing a flight from Georgetown to Toronto with 120 passengers and 8 crew on board, has crash-landed at Cheddi Jagan Airport, officials said.

“We can confirm that Fly Jamaica flight OJ256 bound for Toronto has returned to Georgetown with a technical problem and has suffered an accident on landing. At this time, we believe that all 118 passengers and 8 crew members are safe. We are providing local assistance and will release further information as soon as it is available,” the airline said in the media release.