Word from wall street…head for the forest

Trump administration is doing everything in its power to prop up stocks.

On Friday we had not one but TWO verbal interventions from President Trump: both related to a potential trade deal with China. Stocks rallied on the news, but the rally was short-lived and stocks finished the day DOWN. 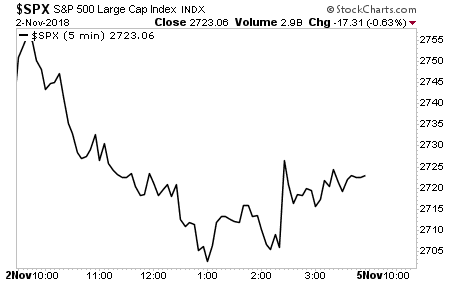 Expect more of this (failed interventions). While the vast majority of investors continue to cling to hype and hope, the reality is that the bull market that started in March 2009 is officially OVER 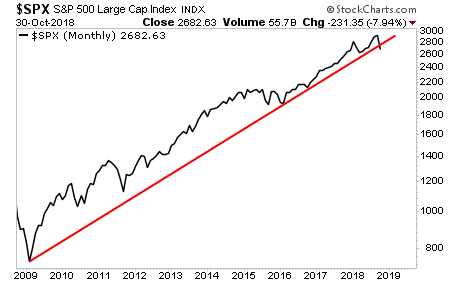 We also have NEGATIVE divergence on the monthly chart for the S&P 500’s RSI. And its monthly MACD is on a Sell signal. 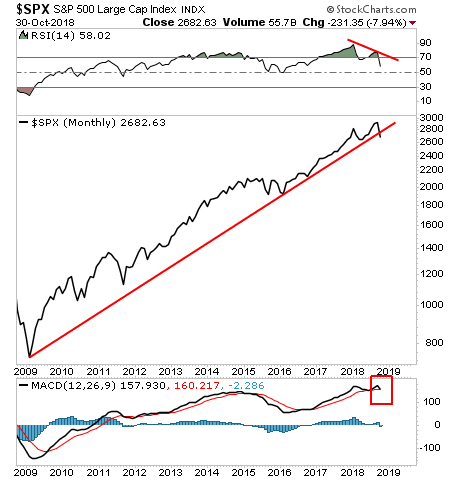 Just one of these signals would be trouble, but all three taken together (broken trendline, negative divergence on RSI, MACD “sell” signal), this is as close as you can get to “ringing the bell” at the top.

Will we get bounces and rallies? Yes. But unless you’re a nimble day trader, they’re going to be VERY hard to catch.

Bottomline: we are officially in a bear market, and stocks are going to collapse in a BIG way.