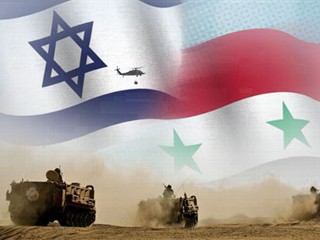 The Zionist entity and its criminal network of allies have initiated operations to destroy Syria.

“If this continues, Israel will face a backlash that will make you regret it,” said Shamkhani, quoted by the Tasnim news agency .

“The Zionist regime seeks to perpetuate the crisis in Syria by directly supporting terrorist groups and by attacking the Syrian army and the forces fighting the terrorists.”

On September 25, the Israeli political-military command ordered its troops to continue bombing the “Iranian forces in Syria, always maintaining coordination with Russian security colleagues,” according to a statement from the meeting of the top Israeli government ministers .

All this is a result of the overthrow of the Russian plane Il-20 in Syria.

On September 17, the Russian airbase of Hmeymim in Syria lost…