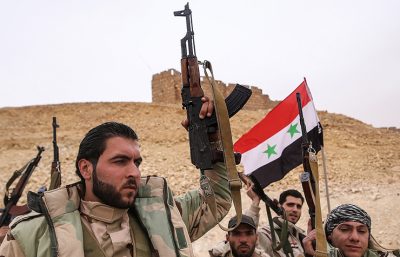 Superficially – the article appears impressive – loaded from top to bottom with colourful charts, graphs, and photographs of supposed victims in gas masks, expended munitions, and craters.

However, never once does the BBC provide an actual explanation as to how chemical weapons brought Damascus closer to victory. Even at face value, the article’s entire premise is challenged in each paragraph by the statistics and events the article itself presents.

Alleged Chemical Weapon Casualties are a Drop in the Ocean

After seven devastating years of civil war in Syria, which have left more than 350,000 people dead, President Bashar al-Assad appears close to victory…