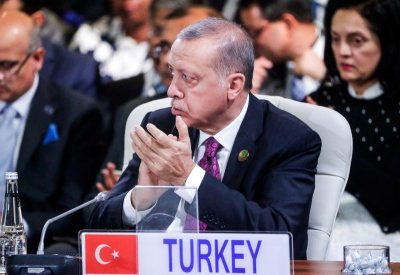 Imperial adventurism is grand theft on a global scale — seizing, controlling, and looting the resources of targeted nations, along with exploiting their people.

Operating from illegally constructed military bases in northern and southern parts of Syria, platforms for war and training of jihadists, the US controls about 30% of Syrian territory, including where most of the country’s oil reserves are located.

Pre-war, Syria was a small producer, the only Eastern Mediterranean country with significant/yet small reserves, estimated at about 2.5 billion barrels earlier by the Oil and Gas Journal, along with around 5.3 billion cubic meters of natural gas.

Looted Syrian oil by US-supported ISIS was earlier transported cross-border to Turkey for refining and sales.

President Erdogan, his family and cronies reportedly profited from the grand theft/smuggling operation.

“Turkey is the main destination for the oil stolen from…