Against the backdrop of the spreading fear about a global coronavirus pandemic, an event has slipped largely under the radar at a spot so removed from the rest of the world that most are unaware of its existence. The Svalbard “Doomsday” Seed Vault on Spitsbergen Island north of the Arctic Circle just received an additional major shipment of plant variety seeds for its special storage. What makes this entire seed bank enterprise suspicious at the very least is the list of financial sponsors behind the global project.

On February 25 more than 60,000 new seed varieties were placed in the Svalbard vault, the largest deposit of seeds since it opened. This brings the total of seed types to over one million since the vault was first opened for deposits in early 2008.

The latest seed deposits include onions from Brazil, guar beans from central Asia, corn seeds sacred to the Cherokee nation and wildflowers from a meadow at Prince Charles’s home in the UK (sic). The Svalbard vault is on the island that is legally part of Norway since a 1925 treaty.

The Norwegian government put up much of the money for the construction of the facility whose backers declared it was able to withstand a nuclear bomb blast. The only problem was planners did not make the structure, built into a mountain side, waterproof and the entrance flooded amid heavy rains in 2016, necessitating a major € 20 million of repairs and upgrade which were just completed, some four years later. Notably, as Norwegian Prime Minister Erna Solberg pointed out during the recent seed-greeting ceremony, the year 2020 is slated as the year by which countries should have safeguarded genetic diversity of crops to meet the UN goal of “eliminating hunger by 2030.” The year 2030 is when the UN IPCC predicts catastrophic climate change barring a radical action from the world, as well as the key benchmark year for the UN’s Malthusian Agenda2030.

The publicly-stated argument for the major seed bank project is supposedly as a safe backup for the numerous national seed bank collections in event they are destroyed in war as in Syria or Iraq, or by natural disaster or other calamity. The Svalbard vault has been called the “Noah’s ark of seeds,” there should a “global catastrophe” occur, to allow a theoretical restart to world agriculture. OK. Interesting. Who would decide how to distribute those seeds in event of such a catastrophe is not addressed.

What is notable is the list of those backing this highly unusual public-private partnership.

The seed bank and acquisition of the seeds is managed by an entity known as the Crop Trust, officially known as the Global Crop Diversity Trust, now based in Bonn, Germany. On its website Crop Trust makes the modest claim that their “sole mission is to ensure humanity conserves and makes available the world’s crop diversity for future food security.”

It has an impressive list of financial sponsors which it calls the Donors’ Council. Among the most eye-catching they name Bayer Crop Science, which now incorporates Monsanto; DuPont Pioneer Hi-Bred; Syngenta AG, now owned by ChemChina. These are the world’s largest purveyors of GMO patented seeds and the paired agrichemicals such as Roundup with glyphosate. China’s now state-owned Syngenta is the world’s largest supplier of crop chemicals.“Doomsday Seed Vault” in the Arctic

In addition, Crop Trust Donors include the Bill and Melinda Gates Foundation, the major donor to initiate the Trust in 2004 with the FAO, the United Nations Food and Agriculture Organization and CGIAR, acting through Bioversity International.

Gates Foundation is joined at Crop Trust by the Rockefeller Foundation, the ones who first financed the creation of GMO biotechnology beginning in the 1970’s at their International Rice Research Institute, where they spent millions trying to develop the colossal failure called Vitamin A-enhanced Golden Rice. CGIAR, set up in 1972 by the Rockefeller Foundation and Ford Foundation to spread their Green Revolution agribusiness model, controls most of the private seed banks from the Philippines to Syria to Kenya. In all, these present seed banks hold more than six and a half million seed varieties, almost two million of which are ‘distinct.’ Svalbard’s Doomsday Vault has a capacity to house four and a half million different seeds.

At the time the Svalbard Doomsday Seed Vault opened in 2008 the chairman of the Crop Trust was Canadian Margaret Catley-Carlson. Catley-Carlson was also president until 1999 of the New York-based Population Council, John D. Rockefeller III ’s population reduction organization, set up in 1952 to advance the Rockefeller family’s eugenics program under the cover of promoting “family planning,” birth control devices, sterilization and “population control” in developing countries. Catley-Carlson also sat on the board of the Syngenta Foundation.

Being President of the Rockefeller-founded Population Council is no minor deal. In the 1990’s the UN’s World Health Organization launched a campaign to vaccinate millions of women in Nicaragua, Mexico and the Philippines between the ages of 15 and 45, allegedly against Tetanus, a sickness arising from such things as stepping on a rusty nail. The vaccine was not given to men or boys, despite the fact they are presumably equally as liable to step on rusty nails as women.

Because of that curious anomaly, Comité Pro Vida de Mexico, a Roman Catholic lay organization, became suspicious and had vaccine samples tested. The tests revealed that the Tetanus vaccine being spread by the WHO– only to women of child-bearing age– contained human Chorionic Gonadotrophin or hCG, a natural hormone which when combined with a tetanus toxoid carrier stimulated antibodies rendering a woman incapable of maintaining a pregnancy. None of the women vaccinated were told.

It later came out that the Rockefeller Foundation along with the Rockefeller’s Population Council, the World Bank (home to CGIAR), and the United States’ National Institutes of Health had been involved in a 20-year-long project begun in 1972 to develop the concealed abortion vaccine with a tetanus carrier for WHO. In addition, the Government of Norway, the host to the Svalbard Doomsday Seed Vault, donated $41 million to develop the special abortive Tetanus vaccine.

Is it just coincidence that the same Gates Foundation is backing the organization responsible for maintaining the Svalbard “Doomsday” Seed Vault at the same time Gates is emerging as a major authority on the danger of the Wuhan coronavirus epidemic? In an article he wrote for the New England Journal of Medicine, Gates stated that the designated COVID19, “has started behaving a lot like the once-in-a-century pathogen we’ve been worried about.”

A virtually inaccessible seed vault under the control of some of the world’s foremost advocates of eugenics and population reduction is definitely remarkable. With more than a million of the irreplaceable seed heritage of the world locked inside the Svalbard Seed Vault, could this be a way for GMO agribusiness giants like Bayer-Monsanto or Syngenta to illegally gain access to those seeds in a time of global crisis? It sounds very far-fetched, yet there are far-fetched goings on in our world. We could say, “He who controls the world’s crop seeds, controls the world.”

Note to readers: please click the share buttons above or below. Forward this article to your email lists. Crosspost on your blog site, internet forums. etc.

F. William Engdahl is strategic risk consultant and lecturer, he holds a degree in politics from Princeton University and is a best-selling author on oil and geopolitics, exclusively for the online magazine “New Eastern Outlook” where this article was originally published. He is a frequent contributor to Global Research.

Featured image is from NEO

This skilfully researched book focuses on how a small socio-political American elite seeks to establish control over the very basis of human survival: the provision of our daily bread. “Control the food and you control the people.”

This is no ordinary book about the perils of GMO. Engdahl takes the reader inside the corridors of power, into the backrooms of the science labs, behind closed doors in the corporate boardrooms.

The author cogently reveals a diabolical world of profit-driven political intrigue, government corruption and coercion, where genetic manipulation and the patenting of life forms are used to gain worldwide control over food production. If the book often reads as a crime story, that should come as no surprise. For that is what it is.The original source of this article is Global ResearchCopyright © F. William Engdahl, Global Research, 2020https://www.globalresearch.ca/arctic-doomsday-seed-vault/5705511 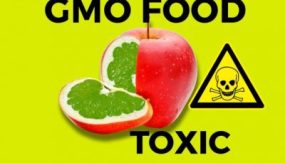 “Let Them Eat Cotton” : Genetically Modified Cotton as a “Solution to Human Hunger”? Approved by FDA

You are following this blog

You are following this blog, along with 599 other amazing people (manage).

“Report on the “Left-ti-Die” Boat”
(final-draft-public.pdf)

“Defense strategy for the 1900s” (naarpr_Defense.pdf)

“Combating Terrorism in Libya Through Dialogue an Reintegration” (RSIS_libya.pdf)

“Report of the Working group on the Universal periodic review” (A-HRC-16-15.pdf)

“The Declaration Of Independence” (decind.pdf)

This Can’t Be Happening!