Man had millions thanks to banking loophole reveals lavish lifestyle

A bank loophole gave a country barman millions of dollars which he splurged on luxury hotels, private jets and top restaurants.Dan Saunders, from Wangaratta, in north-eastern Victoria, knew the high life wouldn’t last.After spending 12 months in prison for fraud he’s back behind the bar earning just $22 an hour.Talking to Adam Shand on the podcast, ATM Boy, Saunders has revealed everything about his lavish lifestyle.ADVERTISINGIn 2011 Saunders stumbled across a technical fault in the National Australia Bank’s ATM system meaning he had access to free money whenever and wherever he wanted.The barman has no idea why or how he was able to cheat the system to this day and was only caught after he owned up to taking the cash. 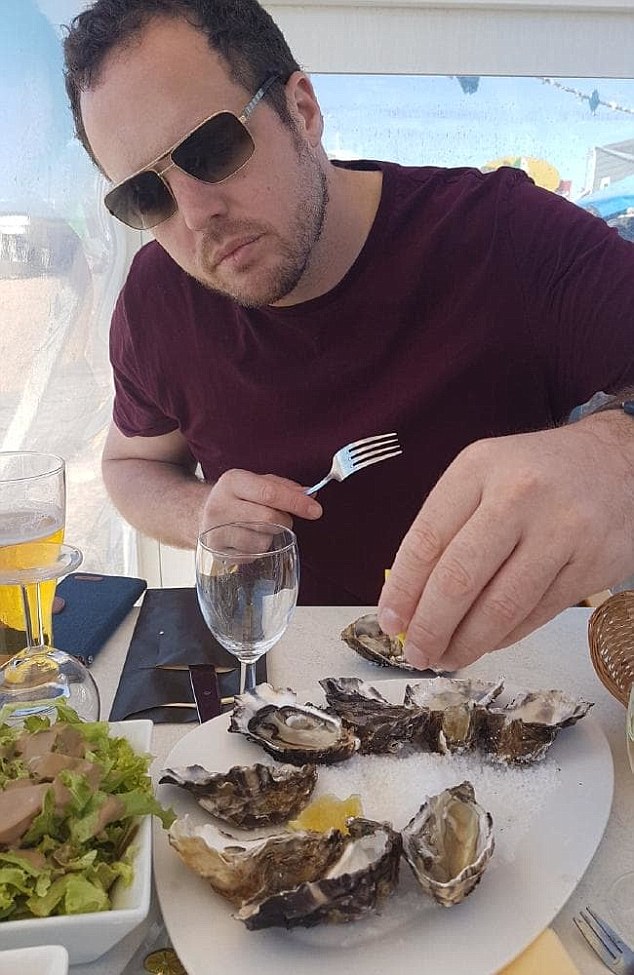 Dan Saunders (pictured), from Wangaratta in north-eastern Victoria, knew the high life wouldn’t last and now he’s back behind the bar earning just $22 an hourMan explains how he after a four-and-a-half months spending binge he stopped making the transfers and began to question why no one came after him.He went to the media to tell his incredible story, but National Australia Bank never came after him.’I went to the media and I said, ‘Look this happened and I just want a resolution, I’m more than happy to do a story about it,” he said.Saunders’ adventure began when he was drinking with friends one evening.It was his round but when he went to withdraw money from the ATM, he saw he had just $3 in his savings account.He then transferred $200 from his credit card to his savings account.The ATM said the transaction failed, but the money appeared nonetheless.Later that night he decided to try his luck once again and pushed his withdrawals up to over $2000, which was the limit of his credit card.’I can’t really tell you why I did it, it’s not like I was going to do anything crazy,’ Saunders said.He expected the free money to last just a few days, but he was having too much fun and the bank did nothing to stop him.Whatever decadence his friends and himself could dream up, he would make a reality.

A bank loophole gave a country barman millions of dollars, all of which he splurged on luxury hotels, private jets and top restaurants 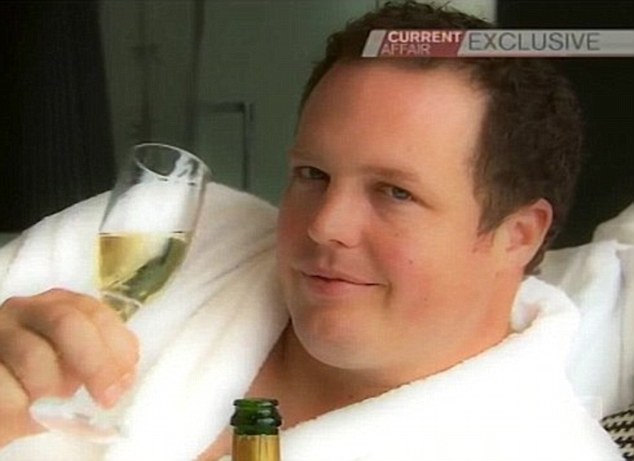 HOW THE ATM ‘LOOPHOLE’ WORKED

– He continued withdrawing and the bank didn’t catch up

– He also tricked the ATM by transferring money from his ‘credit’ option to his Mastercard… even though he only had one credit cardFrom private jets, limousines, brothels, yachts and luxury hotels – Saunders began to have it all.’I felt like a dumb secret agent, because it was too easy,’ Saunders said.Like any decent human being cheating the system, Saunders soon started to feel guilty about his adventures.It was in June, four and a half months after making his costly discovery that he stopped making continuous transfers.After ripping off millions from the bank, he called them and they replied that the issue was under police investigation but they couldn’t talk to him.Three and a half years after he stopped the transfers, he still hadn’t received any consequences for his actions. ‘All the statements say that I was always behind in money, but to spend the money I actually had to be in front. So, the accounts had millions of bucks in them,’ Saunders said.

From private jets, limousines, brothels, yachts and luxury hotels – Saunders began to have it all