The deployment of the two US Navy ships, along with a refueling ship, is the largest American presence in the waterway in three years. 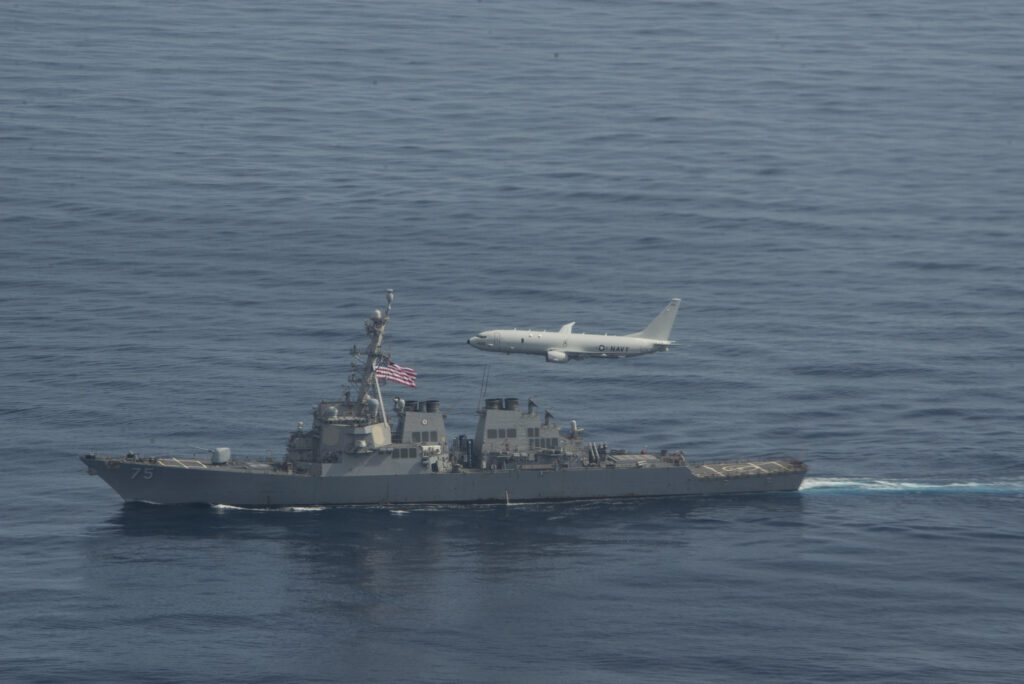 WASHINGTON: For the first time in three years the Navy has sent three ships – including two destroyers – into the Black Sea, just days after President Biden confronted Vladimir Putin about Russian policy.

The move is sure to be read by Moscow as a statement of intent as the United States looks to confront Russia in response to its invasion of Ukraine, attempts to assassinate political rivals and reformers at home, and continuing acts of violence against Russians in NATO countries, as well as the persistent threats Vladimir Putin’s regime has made against NATO countries.

The USS Porter entered the Black Sea this morning, less than a week after USS Donald Cook and the replenishment oiler USNS Laramie entered the waterway to start running through a series of exercises with NATO allies. Russia reacted promptly, moving a Bastion missile defense system into position in Crimea and making a show by running virtual drills, according to Russian state media.

Navy spokesman Cmdr. Kyle Raines added that the deployment to the Black Sea “demonstrates that we stand together with NATO allies and partners to maintain a safe, secure and prosperous European region and global security environment.”

There have been no worrying interactions with Russian ships or aircraft monitoring the deployment, Raines said, despite the fact that Moscow is known to resent such an overt American presence in the Black Sea. In August, two Russian fighter planes conducted an unsafe intercept of a pair of B-52s which were flying in international airspace over the waterway,

The Laramie will allow the ships to stay at sea longer without having to pull into port, something the Navy wants to avoid during the COVID pandemic.

Before Porter arrived, the Cook was already busy working with NATO to integrate their command and control more fully with NATO partners. A first-of-its-kind exercise on Jan. 23 pushed data between the ship, a P-8 surveillance plane and a NATO Air Command E-3A AWACS plane from Germany while it operated over the Black Sea. The Porter is expected to join in more exercises in coming days.

“I was impressed with the crew’s growing familiarity with NATO joint interoperability procedures, readiness to cooperate with friendly units, and excitement to perfect our tactical proficiency by real-world application,” Cmdr. Matthew Curnen, Donald Cook’s commanding officer, said in a statement. “This is exactly what we train for.”

NATO spokesperson Oana Lungescu praised the decision to send three ships to the waterway, welcomed the deployment, saying “in response to Russia’s illegal and illegitimate annexation of Crimea from Ukraine and its ongoing military build-up in the Black Sea, the Alliance has increased its defensive presence in the region and remains strongly committed to Black Sea security.”

Breaking Defense In your inbox