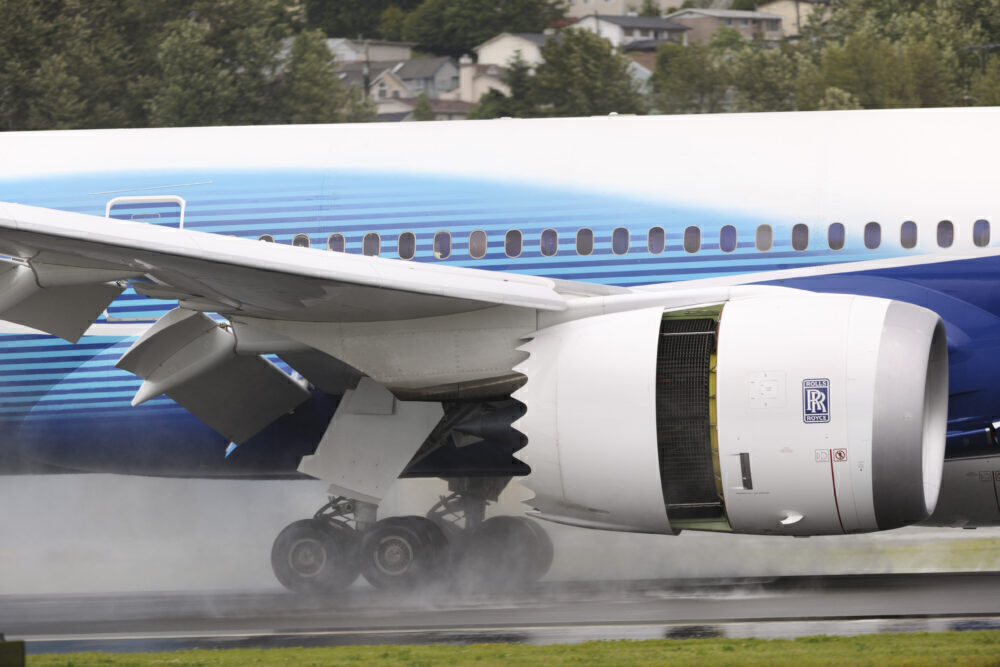 Rolls-Royce In Discussions With Boeing Over New Aircraft Program

During its annual meeting on Thursday, Rolls-Royce CEO Warren East mentioned that his company is in talks with Boeing regarding opportunities to power a new aircraft. This news is slightly different from the previous understanding that the UK engine manufacturer would not be providing engines for Boeing’s NMA.

In dialogue with Boeing

According to Bloomberg, Rolls-Royce (RR) is in talks with Boeing regarding its new aircraft program, presumed to be the NMA (new midsize airplane) and anticipated to be designated the 797.

During Rolls-Royce’s annual meeting on Thursday, CEO Warren East was quoted to have said:

“It is fairly well documented that Boeing is exploring the opportunity for a new aircraft…like the other engine manufacturers, I am sure, we are in dialog with Boeing about that.”

Simple Flying recently reported on Rolls-Royce’s progress with its new and exciting UltraFan program. The company hopes that this impressive powerplant will power both widebody and narrowbody aircraft – versatility that would match the nature of Boeing’s NMA.

Stay informed: Sign up for our daily and weekly aviation news digests.

The difference that two years can make

This latest news is a sharp turnaround from what we heard back in 2019 when Rolls-Royce withdrew its bid to supply powerplants for Boeing’s upcoming NMA. Gulf News notes that at the time of the decision, Rolls-Royce believed its UltraFan engine would not be ready in time.

Of course, timelines have shifted. With Boeing hit hard by the 737 MAX crisis and then the global health crisis, priorities have been shuffled around. Indeed, Boeing CEO Dave Calhoun decided to scrap the program after taking the top position at the company, opting to start clean. In January 2020, the company chief said the following during an earnings call:

Other manufacturers still in the running

Of course, as noted by Rolls-Royce’s CEO, Boeing is in dialogue with more than just the one engine manufacturer. It wouldn’t be a huge stretch of the imagination to suspect that other respected engine makers such as General Electric (GE) and Pratt & Whitney (PW) are also currently in talks.

This was certainly the case back in 2018 when FlightGlobal reported that the three engine companies (RR, PW, and GE) had been engaged in talks with Boeing on the NMA, with Boeing Commercial Airplanes marketing vice-president Randy Tinseth saying, “We have now brought in all three engine manufacturers…They’ve all brought proposals and they’re all coming at the challenge in slightly different ways.”

Fast-forward to April 2021, and the company’s CEO has only mentioned that efficiency gains might need to come more from the engineering and structure of the aircraft, saying:

“Most often when a new airplane is developed by either side, it is usually developed around a propulsion package that offers 15% to 20% improvement with respect to efficiency versus what it’s displacing. That’s the way it’s happened over a long period of time. I don’t believe the next generation of engine can deliver that kind of performance.”

Despite any earth-shattering NMA news with the mention of Boeing by Rolls-Royce, it’s exciting to hear that the highly-anticipated UltraFan could be in the running to power the future jet.

Do you think Boeing’s NMA should have a sole-source powerplant (similar to the 737 MAX and Airbus A220)? Or should multiple engine options be available (similar to the Boeing 777, 787, and Airbus A380)? Let us know your thoughts in the comments.3 Shares:

Deputy Editor – An experienced photographer and video producer, Chris is a journalistic natural. Degree educated with a wealth of traveling history, Chris’ insight into routes, networks, and alliances brings a depth of quality to his work that is hard to beat. His strong relationships with Middle Eastern and Canadian airlines make him an asset to the team. Currently based in Vilnius, Lithuania.

JOANNA BAILEYMay 14, 2021This Clever Seat Could Be The Economy Class Of The Future

Rolls-Royce In Discussions With Boeing Over New Aircraft ProgramCHRIS LOHMay 14, 2021

CHRIS LOHMay 14, 2021Wow: Amsterdam Schiphol Airport To Use Construction Panels Made From Its Grass

The Caribbean Urgently Needs Air Travel: How Can It Be Restored?DANIEL MARTÍNEZ GARBUNOMay 13, 2021

JOANNA BAILEYMay 13, 2021The A321XLR Could Change The Shape Of Long Haul Flying Forever 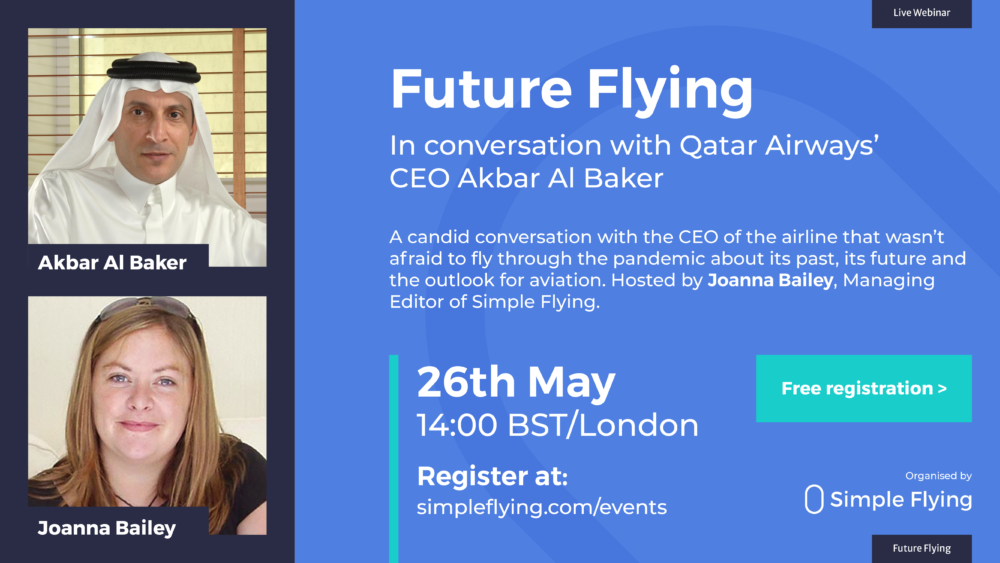 Simple Flying is delighted to invite you to participate in the next webinar in our series. This event will take place online on May 26th at 14:00 BST and will feature Akbar Al Baker, CEO of Qatar Airways, in a candid conversation with Joanna Bailey, Managing Editor of Simple Flying.

We’ll talk to Mr Al Baker about Qatar’s resilience to continue flying throughout the pandemic, and what’s in store for the rest of 2021. We’ll discuss fleet plans, past and present, Qatar’s partnership strategies, its continued focus on sustainability, and much more. Join us for an in-depth look into this Middle Eastern powerhouse later this month.

Our webinar is free for all to attend, but spaces are limited. Register here to secure your place.

Flying through the pandemic

As the pandemic bit in March last year, the Qatari government suspended all incoming flights.

Despite this, Qatar Airways continued to fly, operating cargo and transit flights, as well as performing vital repatriation missions. By June 2020, it was the largest carrier in the world. It had repatriated more than 1.8 million passengers and transported more than 175,000 tons of medical aid.

Over the next few months, more and more destinations were reinstated to the Qatar Airways network. From the US to Europe, Australia to Africa, Qatar flew with confidence into the face of the pandemic. By September, 650 weekly flights to 90 destinations were back on the map, making Qatar the most well-connected airline in the world.

As the new year rolled around, the longstanding blockade was finally lifted, allowing Qatar Airways to route more directly and to add more connections to its network.

As we look to the future, Qatar Airways continues to be an exciting airline to watch. More than 140 destinations are planned for summer this year, and beyond that, new aircraft, new cabin products, and new partnerships are on the horizon.

We welcome you to join us with an in-depth look into this captivating airline as we welcome His Excellency Akbar Al Baker, Group CEO, to our webinar.

Register now to secure your place.

Managing Editor –  Joanna has worked in publishing for more than a decade and is fast becoming a go-to source for commercial aviation analysis. Providing commentary for outlets including the BBC, CNBC, Reuters Thomson and others, she works closely with IATA, AviaDev and various airlines and suppliers to get the inside track on the global marketplace.