In financial difficulty even before the arrival of the Covid-19 pandemic – which aggravated its problems further by paralysing global air traffic – Norwegian was in December placed under bankruptcy protection in Ireland, where several of its subsidiaries are based, and in Norway.

With its creditors and aircraft leasing companies, the company has negotiated a reduction of its debt and financial obligations by between 63 and 65 billion kroner (6.2-6.4 billion euros, $7.5-7.8 billion), to between 16 and 18 billion kroner.

In addition, Norwegian, once Europe’s third-biggest low-cost airline, has also dropped its loss-making long-haul business, cancelled many of its aircraft orders, slashed its fleet from 156 to 51 planes, and raised six billion kroner in a new share issue.

It is also expected to have reduced its number of employees from around 10,200 at the end of 2018 to some 3,300 by the end of the restructuring, according to financial news site e24.no.

With its restructuring plan approved by Norwegian and Irish courts, the company can now emerge from bankruptcy protection.

“It’s a relief to be a normal airline again,” chief executive Jacob Schramvtold reporters at a press conference.

Norwegian said Wednesday in a statement it has liquidity of seven billion kroner.

“This war chest can keep us afloat long after summer next year,” Schram said.

“We are strong enough to cope with a total reopening of society,” he told news channel TV2 Nyhetskanalen.

But the company, which has had just nine aircraft in operation since December 2020, continues to operate at a loss.

In the first quarter, when it transported just 210,000 passengers, the company posted a pre-tax loss of 1.19 billion kroner, compared to a loss of 3.29 billion a year earlier.

Now focused on Europe and in particular the Nordic countries, Norwegian plans to have 70 aircraft in operation next year, when travel is expected to resume as the pandemic wanes.

The company’s share price, which has been highly volatile of late, was up by almost 30 percent on Oslo’s stock exchange in midday trading.

Become a Member to leave a comment.Or login here. 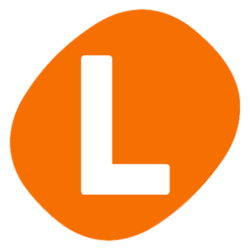 Travel: Are ‘flexible tickets’ in Norway worth the extra money?

How did Covid-19 affect immigration in Norway in 2020?

Today in Norway: A roundup of the latest news on Tuesday

‘Inhumane and discriminatory’: How Norway’s Covid border closure has left lives on hold

What changes about life in Norway in May 2021?

Rising house prices: What’s next for the Norwegian economy?

by TaboolaSponsored LinksYou May LikePeople Born 1938-1979 Must See This In MayReassuredPeople Born 1951 – 1979 Claim This Benefit In MayLife Insurance ExpertSusan Tully Is Almost 60, Try Not To Smile When You See Her NowI Single MomMan Gives Girlfriend A Necklace, 2 Years Later She Screams When She Realizes What’s InsideFactAhead

Travel: Are ‘flexible tickets’ in Norway worth the extra money? How did Covid-19 affect immigration in Norway in 2020?Today in Norway: A roundup of the latest news on TuesdaySAS to avoid Belarus airspace after forced Ryanair landing‘Inhumane and discriminatory’: How Norway’s Covid border closure has left lives on hold

Did You Know? It costs the United States tax payers approximately $3.3 million per prisoner to detain a criminal in Guantanamo Bay Prison.

Did You Know? British citizens who reach their 100th birthday can apply for a personalized card from the Queen of England.

Did You Know? Due to the Great Depression, an amendment was proposed in 1933 that an American’s personal wealth be limited to $1 million.

Did You Know? A monkey named Jackie was awarded a medal for bravery and promoted to the rank of Corporal during World War I.

Did You Know? Every single tweet ever uploaded to Twitter by an American has been, and continues to be, archived by the U.S. Library of Congress.The Local Europe AB
Elektrogatan 10
171 54 Stockholm
Sweden