Stray dogs are EATING human bodies washed up on Indian river banks: Corpses are dumped into the water amid Covid crisis

By ROSS IBBETSON FOR MAILONLINE

Grisly footage has emerged of stray dogs eating human remains washed up on the banks of an Indian river as crematoriums continue to buckle under the strain of the Covid crisis.

Body parts, some of them half burnt, drifted onto banks of the river Bhagirathi in the town of Uttarkashi in Uttrakhand.

One local resident said he was doing some painting by the river on Monday when he noticed the dogs ‘gnawing and feeding on’ the dead.Dailymail.co.uk: News, Sport, Showbiz, Celebrities from Daily MailPauseNext video1:56 / 2:03SettingsFull-screenRead More

‘I feel it’s the death of humanity,’ the man told NDTV as he appealed to the local government to address the pile up of corpses.

Locals are worried that they may be Covid victims and that the disease could spread through the water or via the dogs which have been eating the bodies.

Although India’s infection rate has declined since it peaked in early May, with daily cases at more than 127,000 on Monday the daily death toll, averaging 3,500 over the last week, is believed to be a drastic underestimate. 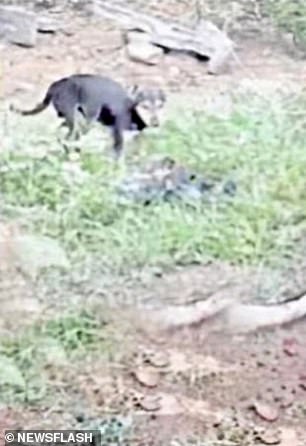 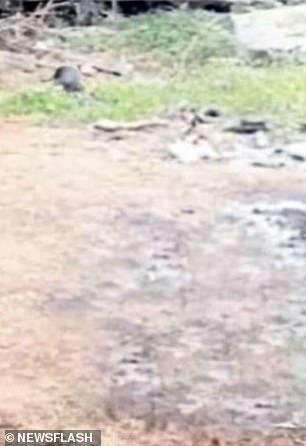 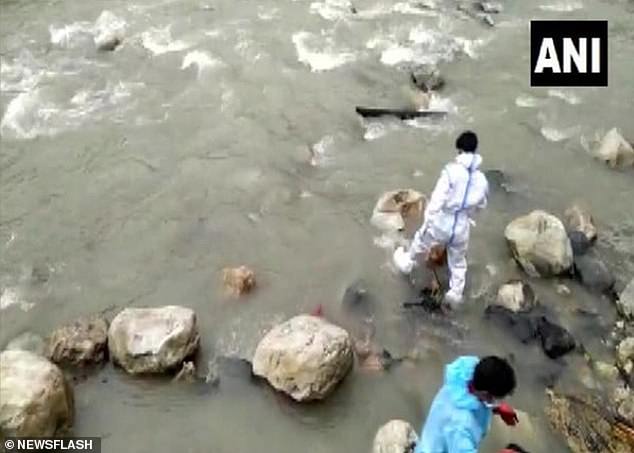 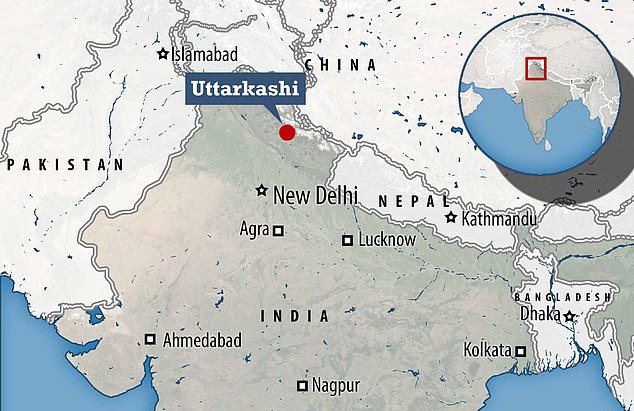 The town of Uttarkashi lies on the banks of the river Bhagirathi in Uttrakhand state, northern India

Many of the countries ghats, the steps at the edge of river where Hindus traditionally burn their dead, the crematoriums and cemeteries, have become overwhelmed.

Crematoriums in New Delhi were last month running out of wood, such was the volume of dead each day.

Ramesh Semwal, the municipality president in Uttarkashi, yesterday said he had ordered the local authorities to take care of the bodies in the river.

‘During the last few days, the number of deaths has been increased in our area. I also came to know that bodies are not burnt properly so I have directed the administration to arrange at Kedar Ghat for the cremation of half-burnt bodies,’ Semwal told NDTV.

There was a similar instance of suspected coronavirus victims washing up on the banks of the River Ganges in the northern states of Bihar and Uttar Pradesh last month.

Authorities believe that families of the dead may have been unable to find space to cremate their loved ones or not been able to afford the last rites.

India has been fighting a serious third wave of coronavirus for the past month, and although the number of cases are starting to decline, the country faces an in increasing daily death toll for weeks to come. 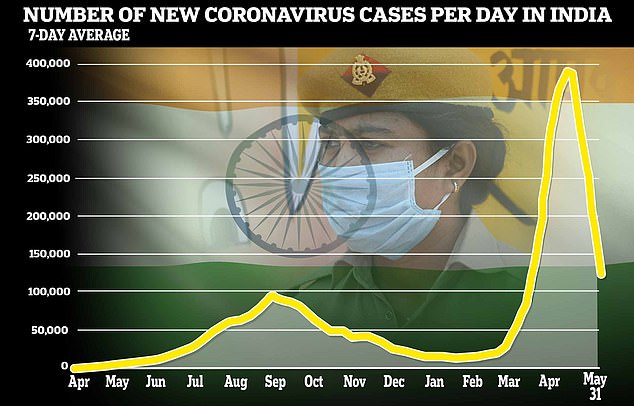 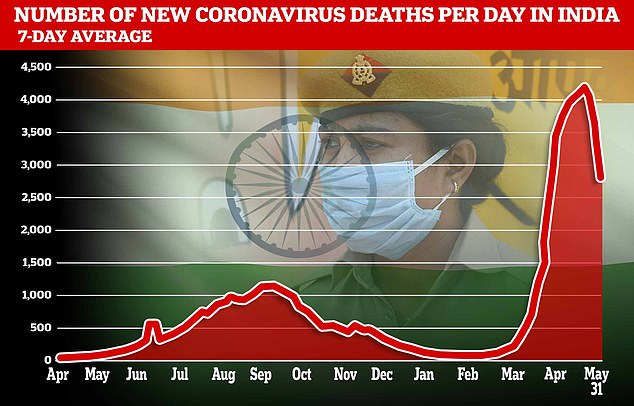 India has reported an official death toll of 331,895 – but analysis published by the New York Times last week said this figure was more likely to be 1.6 million.

The paper projected that while this was the likely toll, the worst-case scenario could be as high as 4.2 million Covid deaths in the country of 1.4 billion.

By comparison, Britain recorded just nine deaths on May 27 and more than 127,000 fatalities in total. The US has recorded about 590,000, also suspected to be an undercount, in a population of about 330 million.

Vinod Paul, head of India’s coronavirus task force, dismissed the study and said it was ‘not backed by any evidence and is based on distorted estimates.

‘Our [fatality] number is 0.05 per cent of those infected. They’ve said 0.3 per cent. Why? On what basis have you decided that it’s 0.3 per cent of that large infection universe? There is no basis at all. Five people get together, make phone calls to each other and then throw this number. That’s how this report has been done,’ Mr Paul told NDTV.

‘There may be some late reporting of deaths but there’s no intent of any state or the Centre. If I apply the same three times yardstick to New York, then there would be 50,000 deaths. But they say it’s 16,000. So this is distorted,’ he added.