This style is the type of report A BRITISH TABLOID WILL GIVE YOU.

(Daily Mail should be ashamed of itself)

Piers Corbyn was pictured squatting at HMV in Oxford Street and waving a Palestinian flag from its window – as police were reportedly set to raid the premises.

A photo, taken around midnight, shows the anti-vaxxer holed up at the London site – which had been used to hold a protest against vaccinations and lockdown last weekend.

Piers had been filmed shouting conspiracy theories through a megaphone during a demonstration on May 29, telling passersby: ‘They’re meddling with your DNA. They make people ill, they kill people in their thousands across Britain and Europe.Dailymail.co.uk: News, Sport, Showbiz, Celebrities from Daily MailPauseNext video1:56 / 2:03SettingsFull-screenRead More

‘1,200 people – official figures – have died from these injections already. Already!

‘And 800,000 have serious illnesses. Don’t take these vaccines. There are alternatives.’ 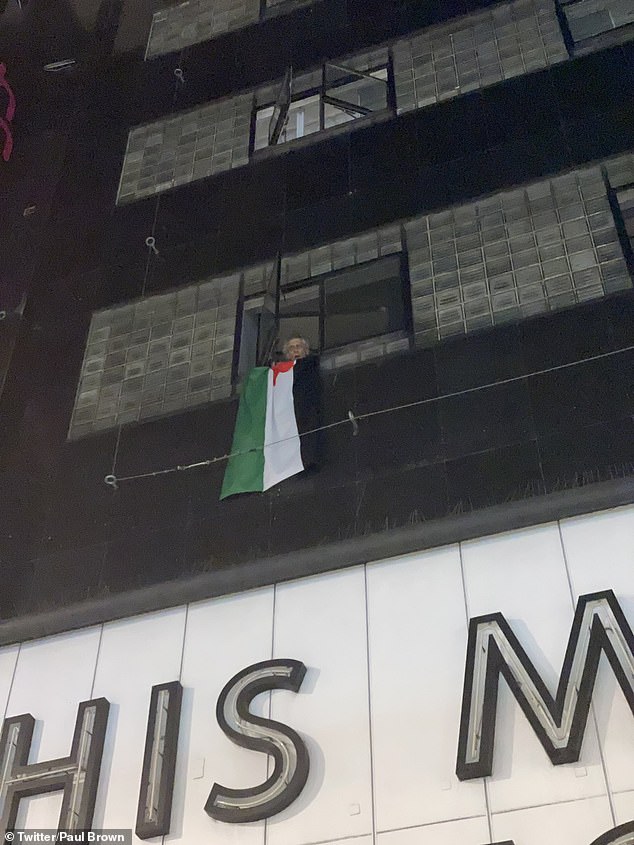 Piers Corbyn at HMV Oxford Street. The photo, taken around midnight, shows the anti-vaxxer holed up at the 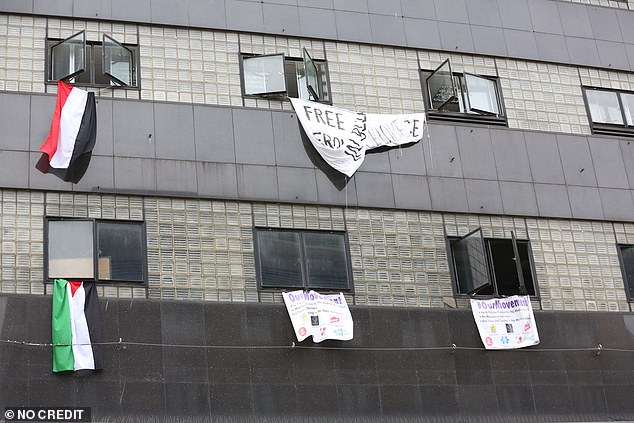 Reports say the police were set to ‘raid’ the premises after Piers – the brother of former Labour leader Jeremy Corbyn – had ‘taken over as a squatter.’

Met Police have not confirmed to MailOnline yet whether a ‘raid’ has taken place.

He is close to footballer turned conspiracy theorist David Icke, who believes global events are decided by reptiles. 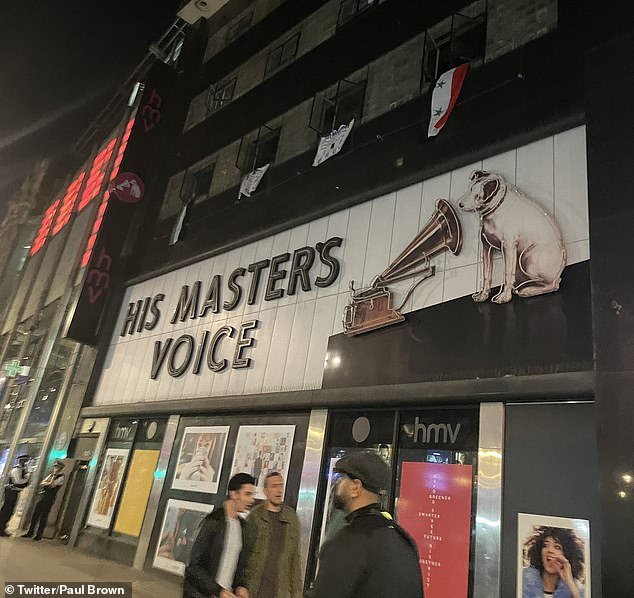 Also seen at the HMV site was a Syrian flag (far right). Piers had been filmed shouting conspiracy theories through a megaphone during a demonstration on May 29, telling passersby: ‘They’re meddling with your DNA’ 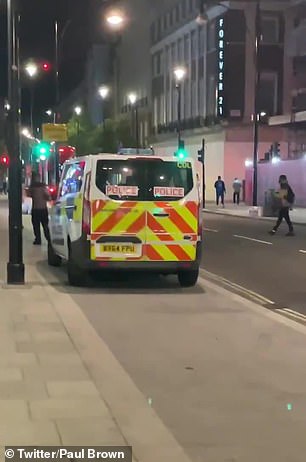 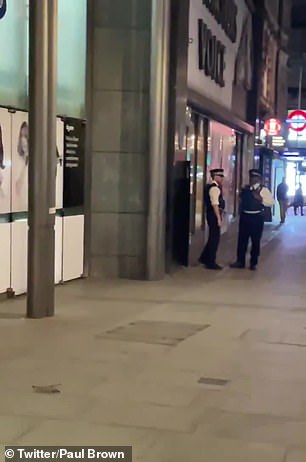 Pictured: Police at the scene. Piers Corbyn has claimed Covid-19 is a ‘hoax’ and is the founder of a group called No New Normal

They have appeared at anti-lockdown marches and spoke on stage at one in Trafalgar Square in central London.

Piers had previously told the Times: ‘This vaccine is experimental and the vaccine producers have no liability on sickness or death.

‘The whole thing is one of the main motives of the new world order.’