The Weird Success of Guy Burgess

Guy Burgess: The Spy Who Knew Everyone by Stewart Purvis and Jeff Hulbert London: Biteback, 470 pp., £25.00

One of the oddities about Guy Burgess, the most colorful of the so-called Cambridge spies, was that in his usual state of extreme slovenliness, with food stains all over his rumpled suits and the stink of raw garlic and alcohol permanently on his breath, he always insisted on wearing his Old Etonian tie. He wore it in protest marches as a student at Cambridge; as a government official and BBC program director, trawling in his spare time for rough trade in the bars and public toilets of London; and even among the comrades in Moscow, after he exiled himself there in 1951. It is an oddity, because old boys of the most privileged private boarding school in England don’t normally advertise their status in this manner. The superiority of Old Etonians is taken for granted: they know who is who. To wear the light blue and black OE tie is, not to put too fine a point on it, really not done.

Like his choice of buying a secondhand gold Rolls-Royce, there was something distinctly vulgar about this flaunting of the old school tie. Indeed, not being quite a proper gentleman, despite his elite education at Lockers Park prep school and Eton, and membership in the finest London clubs, was something most people who disliked Burgess held against him. Joseph Alsop disapproved when they met at the British embassy in Washington in 1940 because Burgess neglected to wear socks. When the Foreign Office decided—bizarrely, considering Burgess’s reputation as a sloppy, indiscreet, anti-American lush—to send him to the Washington embassy after the war, one British diplomat objected: “We can’t have that man. He has filthy fingernails.” Maurice Bowra, warden of Wadham College, Oxford, put it a little more graphically: “Shit in his fingernails and cock-cheese behind his ears.”

And yet it is a common claim that Burgess’s career as a Soviet mole inside the British establishment was an abject example of class privilege. Burgess, like his fellow spies Kim Philby, Anthony Blunt, and Donald Maclean, was barely vetted before getting sensitive jobs in the British government or the intelligence services, despite many examples of appalling behavior, a history of left-wing activism at university, and several instances of drunken boasting of being a Russian spy. The right connections, a discreet word in the appropriate ear, lots of charm when it was needed—these were enough to shield even the decidedly louche Burgess from serious scrutiny.

There has been a great deal of speculation about why the Cambridge spies, all of them children of privilege, embarked on their lives as Soviet agents. This question has spawned a literary cottage industry, a bit like the obsession with the Mitfords or the Bloomsbury group, and mainly for the same reason. When Burgess was living out the latter years of his life in Moscow, he said that the thing he missed most about London was gossip. As he put it to the actress Coral Browne, who visited him there: “The comrades, tho’ splendid in every way of course, don’t gossip in quite the same way about quite the same people and subjects.” All accounts of the Cambridge spies are heavily larded with gossip, about high life and low, hence their enduring fascination in Britain. 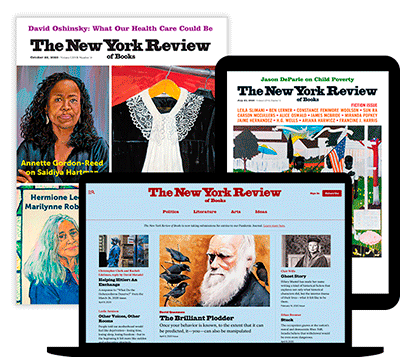 Continue reading
for just $1 an issue.

Or register for a free account to read just this article. Register.

More by Ian BurumaArt of a Degenerate World

Ian Buruma is the author of numerous books, including Murder in Amsterdam: The Death of Theo Van Gogh and the Limits of Tolerance, Year Zero: A History of 1945, and, most recently, A Tokyo Romance.

Save $50 on an inspired pairing!

Get both The New York Review AND The Paris Review at one low price.See offer

Best of The New York Review, plus books, events, and other items of interest. Or, see all newsletter options here.