A night of violent bombardment in Kyiv 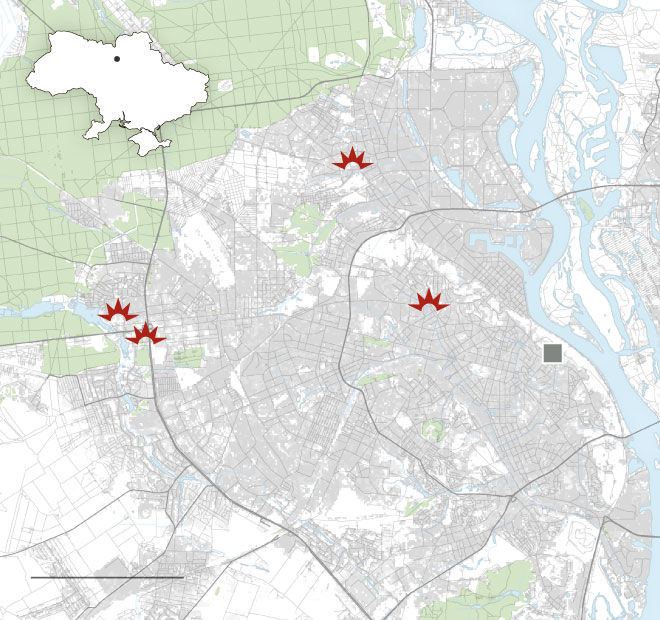 At least two people dead at

It was the most significant attack on Kyiv in recent days. As Russia has failed to capture major cities, it has intensified its targeting of civilian areas from the air, striking residential buildings, schools and hospitals across the country.

At least four people were killed in the Kyiv attacks on Tuesday, and dozens more had to be rescued, according to the State Emergency Service of Ukraine. Vitali Klitschko, the mayor, announced a 35-hour curfew starting at 8 p.m. on Tuesday, warning that the city was enduring “a difficult and dangerous moment.”

Despite multiple attacks, the prime ministers of Poland, the Czech Republic and Slovenia traveled to Kyiv on Tuesday to express the European Union’s “unequivocal support” for Ukraine and offer financial support.