Where Ukrainians are fighting Russian forces

While their advances have slowed in recent days, Russian forces continue to clash with Ukrainian defenses on multiple fronts. This map shows the active areas of fighting, according to a statement posted on Tuesday by Ukrainian military officials. 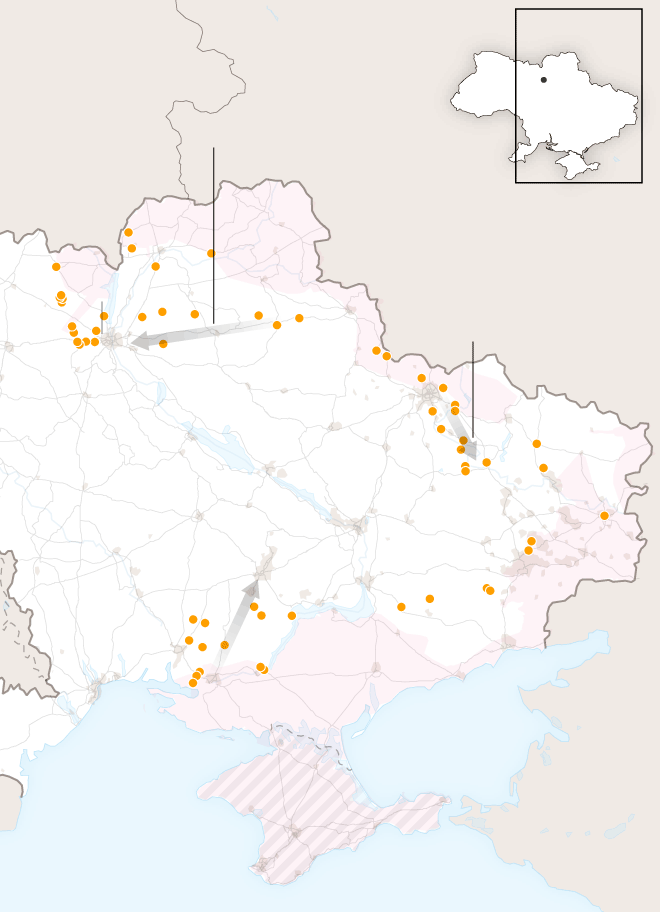 to advance on Kyiv from the

fighting in Izium as

quite likely to be